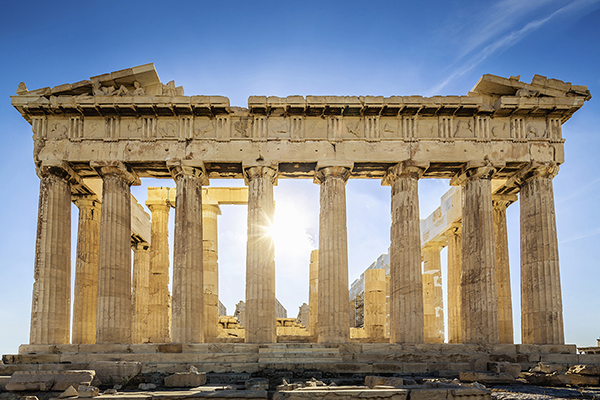 A new way for North Americans to stay in touch with their Greek roots in an informative and entertaining way.

This video blog will help you better understand all that is required to own and manage your property in Greece. Join us as we unravel the complexities of all the new and ever changing laws in Greece concerning Greeks living abroad. Topics pertaining to residency in Greece, taxation, banking, investment and leisure among other topics will be presented and discussed every week.

We will be joined by various experienced professionals such as lawyers, notaries, real estate specialists, certified translators, civil engineers, accountants and building contractors who will help us shed some light on the mystery that is the Greek system.

Let me tell you a little bit about myself. I was born in Toronto to Greek parents. I feel like I don’t need to explain what my childhood was like since a) we all pretty much grew up the same way, and b) nobody cares. All I will say that it was GREAT. Growing up I had a strong interest in media and decided to pursue it, eventually working for Rogers Television and later Odyssey Tv. My ultimate passion however was photography and marketing which I decided would be my career.

Fast forward to summer vacation in Greece 2012 where I decided that I would just extend my trip by a few months and see how it is to live there. I ended up loving it and decided to stay. (Again – I know nobody cares but this is the lead up to my point.)

As I said I grew up in Canada. I am used to the North American way of doing things. So you can imagine my shock when trying to get the simplest task done (like opening a bank account) was borderline impossible. Not because they do it wrong, but because they do things differently and we don’t know how things work there. (truth be told sometimes they make things a little more difficult on purpose.)

This is where It’s All Greek to Me comes in. I want to create a place where people like me can get answers from real professionals – not from my uncle who’s buddy knows a guy. A place where you not only learn from my experiences but share your own.

Our Panel of Experts

What's on your mind?

Have an idea for a topic you would like us to discuss? Let us know!